With another record-breaking Wimbledon wowing a worldwide TV audience of over 25 million and digital streaming reaching 53.8 million, this year’s event highlighted more than just technology developments behind the scenes of this prestigious sporting occasion. 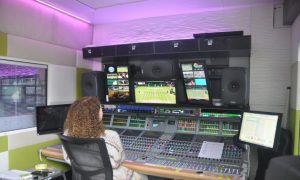 Along with production experts NEP’s sound crew and key broadcast staff, this year’s event celebrated a significant increase in female A1 and A2 mixing engineers and production roles than any previously. With the teams utilising multiple Calrec consoles across one of the largest Calrec networks built for the event, the female led audio production delivered uninterrupted audio coverage from across Wimbledon.

To read the full story please head over to SVG Europe